How to Make Orgone Pyramid

Organic pyramids are excellent vibrational tools that you can use to cleanse and clear (including neutralizing harmful electromagnetic fields) whether it's your home, your work, or space. It can also be used to improve the intention of meditation and to improve any type of intentional energy that you would like to have in your life.

Originally discovered in the 1930s by Wilhelm Reich, Orgone energy or etheric energy is present in living things including the human body. Wright proposed that illness occurs when our etheric body is out of balance and that positive orgone energy could realign the etheric field thus facilitating healing and balance of one's life force, chi, or prana. It has since been scientifically proven that energy called piezoelectricity (meaning electricity resulting from pressure) is created by the compression of certain materials such as quartz crystals, wood, salt, sugar, ceramics, and bones. 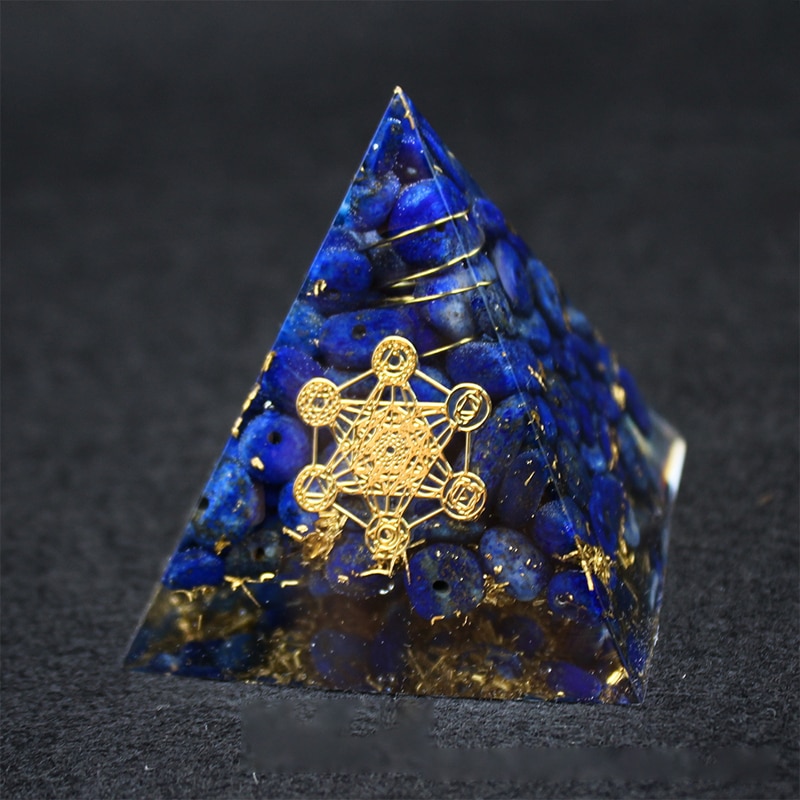 How are Orgone Pyramids Made?

Orgone pyramids are created by applying layers of organic and inorganic materials that can harness and amplify this vital life energy so you can really feel it. In 2000, Carol Croft was credited with adding crystals to the orgone pyramid mix. The crystal matrix is locked in an improved state of its own frequency. The coated metal filters out negative frequencies. This combination helps create a negative frequency filter and a high-frequency output in one piece. The most used metals are zinc, stainless steel, and copper.

What You Will Need?

Safety Equipment: Even though the cured resin is relatively safe, resin releases volatile and dangerous vapors during the curing process and may lead to grave lung problems later in life. Try making orgone pyramids outdoors or in a well-aired space, and keep it from electrical appliances or open flames that can cause a fire because the fumes are combustible. Wearing an apron while working is also recommended to prevent resin from penetrating your clothing.

The powerful healing effects of crystals are enhanced in an orgone pyramid. When semi-precious stones and crystals are added to the mix, the resin charges, and contracts electrically. Orgone pyramids can clean up the energies in the room, at work, or living rooms and protect people from electromagnetic radiation. However, they have also been shown to have health benefits. So what can orgone pyramids do for you:

There are several other benefits and uses of orgone pyramids. In general, people have reported that the orgone pyramids have generally helped their lives mentally, spiritually, and physically.

How do you Use an Orgone Pyramid?

There are many ways to use orgone pyramids, but we found that the best applications are those where you intuitively think they are most needed. Below are some ways you can use an orgone pyramid.

What is Orgonite Made of?

You may have heard the word orgonite and have an idea of what it is, but do you know what it is made of? Read on to discover what orgonite is made of. An orgonite consists of metal shavings, resin, and some quartz. The basic rules for creating a functional orgonite are a bit simple:

Any metal is enough: iron, steel, copper, aluminum, brass, gold, silver, etc. Generally, aluminum is the most commonly used because it is the easiest and cheapest to find. One thing to keep in mind is that the shape of the metal shavings may have a subtle impact on orgonite energy. Regardless of these subtleties, the orgonite is always functional if you follow the basic rules.

Quartz is a mineral with the same basic composition, silicon dioxide, also called silicon dioxide (SiO2). It is the most common mineral on earth. It can be found in many places in nature: river quartz, rock crystal, beautiful quartz with double or single ends. Each of them is perfect for use on an orgonite. You really don't need to buy quartz, it's pretty easy to find in nature. Don't want to make your own: Purchase ours by clicking here!